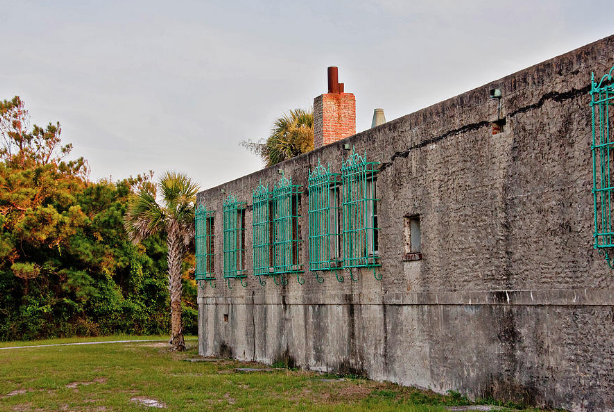 Atalaya Castle is a hidden gem located in the Huntington Beach State Park. It was built in 1933 by Archer Huntington as a retreat for his wife who suffered from tuberculosis.  The castle is best known for its Spanish-Moorish style of architecture as it does not sit very tall but is widely spread out. It features 30 rooms, however, none of those include rooms for guests, which is how the Huntingtons designed it.

While developing the castle Anna Hyatt Huntington, the wife of Archer Huntington, had her artwork in mind. She is famously known for sculpting wild animals, which led to the replacement of ball rooms with “bear pens.” Atalaya was built so that it could house various unique animals such as stallions, bears, wild cats, and monkeys. Her most famous artwork consisted of bronze and aluminum materials and were typically enormous equestrian statues.  Her sculptures are what led to the design of the large and open rooms as she needed much room to work.

The castle is built around a central courtyard, which is home to fig vines and the Sabal palmetto, which is the South Carolina state tree. There is a main studio room that has a 25-foot skylight, which opens into its own personal courtyard, the central working place for Anna Huntington.  There are various sized pens adjacent to the studio that could fit all of her live animal models. A noted feature of the castle is the hand-wrought iron bars across the windows that were developed to protect from hurricane winds.

The castle is open to tour for $2 a person, Monday through Sunday from 9am to 5pm.

Sorry, the comment form is closed at this time.